Skip to content
Posted on May 15, 2019 by Cyndi Finkenbinder, CPA

This last weekend I was helping a friend and overheard a teenager talking to her mother about wages. Now this is not typically what I hear teenagers talking about and I admit I started eavesdropping. This teenage girl was complaining because her job only paid $15 an hour but since she only had limited hours it was not enough to even put gas in her car to be able to get to work and school that week because she w 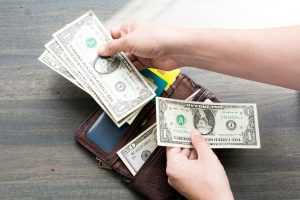 as spending about an hour in the car every day. Her conclusion was it was not worth the time in the car to work for only $15 an hour and she was considering quitting.

Now this may not have got my attention except about an hour later my friend mentioned she was also considering a new job for the same reason as this teen. Her job was paying $15 an hour and she was asking for overtime hours to help with a big expense coming up. The difference was that she is in her late 40’s and works 40 hours a week plus overtime.

What astonished me was that both were being paid the same hourly wage. The teen who had no job experience and the adult who not only had 20+ years’ experience and at least 10 of that was in the field she currently works in not to mention she also has a college degree which does relate to her current job.

Basically, if you win a settlement that could be considered wages you must pay taxes on that settlement. So, if you are in a car accident and part of your settlement is for loss of wages then that portion is taxable in the year it is received. If you are getting 5 years’ worth of wages this can and often does push, you into a higher tax bracket forcing you to pay more than you would have if those same wages had been paid over the 5 years. The tax neutralization portion would be the difference between what you would have paid in tax and what you will now owe thus neutralizing the tax impact.

So, what does that have to do with this teenager and my friend. this teenager has hit upon a basic economic principle and didn’t even know it. She is not willing to work at $15 an hour because the pay is neutralized by putting gas in her car. Most people do not purse a legal case even if they are convinced, they will win because the settlement is often neutralized by legal fees and taxes. However, when the hours increase and thus the wages along with other benefits increase then the job becomes not only worthwhile but beneficial. And when the legal settlement considers the tax implications allowing you to come out ahead then the battle takes on new meaning.

We all need to know our efforts are rewarded and that the reward will have meaning to us no matter if it’s a legal battle or the everyday commute to work. If you need help seeing if a job, product or even law suite will be worth the effort set up a time and we can show you what it is worth after taxes considerations.